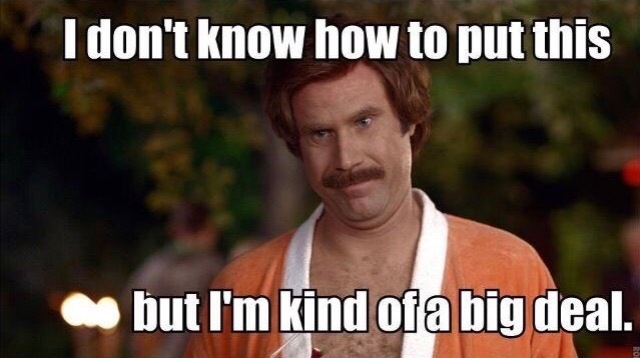 I promised I’d be back! And back with bashing the wonderful men, that thankfully, God decided only to give North India.

You Mumbaikars, and whoever else you are, need not gloat. I’m sure there’s a blogger somewhere dissecting you as well. Oh Joy!

And, as I’ve had to remind everyone a million times, specially the ones who send the hate mail, this is not about the famed fight between genders. So get with the program ok?

Shall we begin then? The rotund, misshapen, strangely dressed creature that co-inhabits our world surely deserves his due. But an entire blog? Let’s show him the mirror as well..

Walk into a bar in Delhi, head to get a drink, and you’ll spot Exhibit A. He’s wearing some sort of collared t-shirt with obnoxiously large branding across the front. Because the brand couldn’t afford a billboard, you see. And the logo is either a) stretched across his bulging stomach hiding the designer belt, or b) steroid infused biceps. But either way, they forgot leg day at the gym, because those skinny jeans look better on those toothpicks than on most women. And the piece de resistance? Patent leather shoes, branded with the LV or GG shining like a 10 carat diamond. So. Many. Brands.

Exhibit A is slipping the bartender a fat note and expects the poor guy to fix him and his entourage drinks asap. Waiters are on a first name basis. “See Bro? I come here all the time, regular…”. Yeah……sure.

Exhibit B is pretty much dressed the same, but is sitting at the couples kitty table. Surrounded by well manicured women, but has his lecherous eye on the drunk 20-something year olds. Sipping some expensive wine because he was told it’s good, or even bubbly with his moustache dipping into the glass of Moet. He’s so creepy. Avoid eye contact at all costs.

Recently, we also got our share of the artsy-fartsy ones. Unkempt beard, kurta, jeans are so passe. They have been replaced by barolo sipping art connoisseurs who dine by the moonlight on their yatch nibbling on beluga caviar. Now that’s a tongue twister. So many put-on accents acquired by secret finishing classes. Swirl, Swish, Spit. All while pushing the metrosexual vibe…think pants in which you can’t sit down, cocktail pants dummy!

Business-man-uncle / my papa is a businessman, is loud, obnoxious, has an unnecessarily large car, maybe even a security guard. He knows everyone, has all the contacts and can get your work done. No matter what. He works from 12 noon till 5 pm, lunch break not included. Where the heck is all that money coming from man? Even I want your job.

Then there’s the corporate variety. It’s a sea of blue, grey and black. Type A personalities. They are the go-getters. They got this, ok? Presentations, balance sheets and air tickets, all in one stride. Identified by that laptop bag they carry around like a hernia. Women are either meant to be subordinates they can lech at, or secretaries. Women bosses are there because either the company needs “diversity” or because she found an alternative way to ‘climb’ the ladder.

Give this suited fellow a couple of drinks, and watch him unleash his magic. The impeccable English gets replaced by profanities in the mother tongue. Dance moves are pelvic thrusts. Yup, that’s the guy that handles my portfolio.

The biggest disappointment is the eye candy: Greek God looking, perfectly built body and looks amazing in whatever he wears, and he can wear most stuff so well!

But please don’t open your mouth and shatter my dreams. Ssssshhhhhhhhhhhh, forever.

For good measure of grossness, and because I can, I’m going to add one last guy, though he’s seasonal. The hairy guy who wears his vest to the swimming pool. Wax or shave it bro, women have done it since the beginning of time. See how nice we look? I really don’t want to get into the pool imagining some of your fur has floated off. *gags*

So much diversity! And we say we are not a tolerant nation!

See what women put up with? Each one of you can give yourself a pat on the back.

And the men who haven’t had the fortune of finding themselves on the list (so far), please applaud yourself for being semi-normal.

But don’t relax and let loose just yet, I’m still watching you…………..