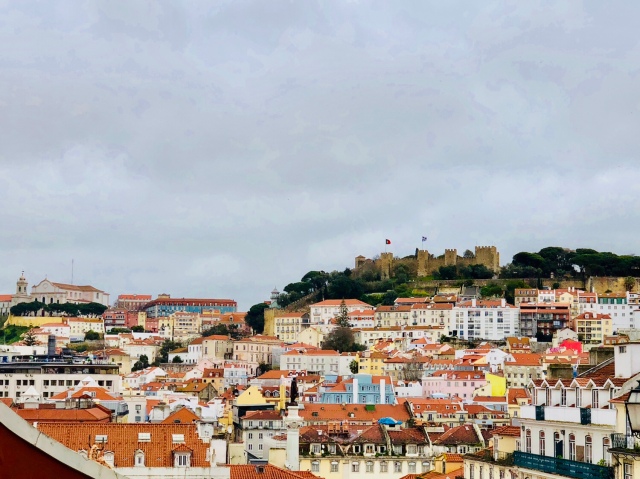 After several hiccups from visa delays to delayed flights and what not, we found ourselves in Lisbon, and at the start of an 8 day trip covering 4 cities.

Lisbon is one of Europe’s oldest cities and is located on hills, and the heart of the city is basically between 2 hills and a flat-ish district. (And by hills I mean bring your sneakers, please don’t even attempt anything else.) 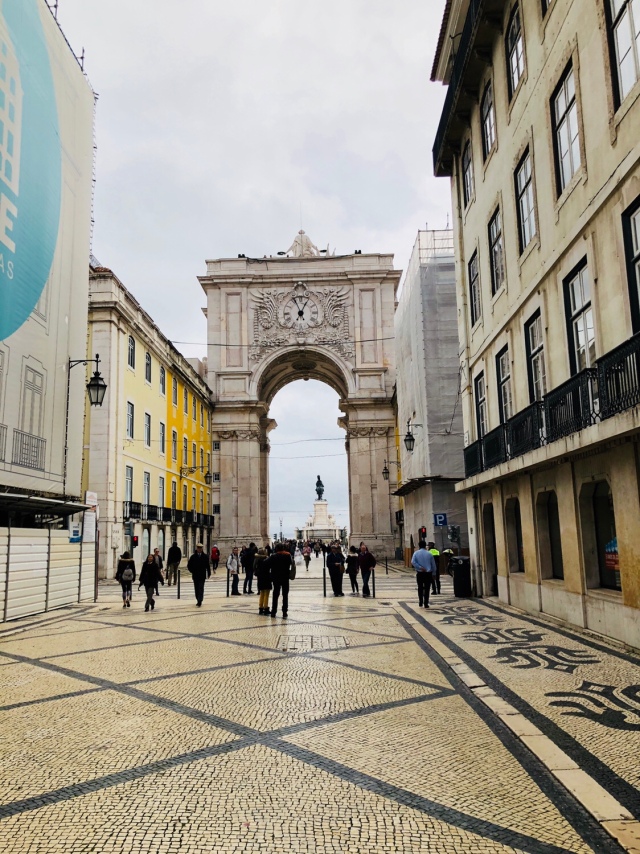 Every street you walk, every building you see, is history looking back at you. The tiles facades make you stop and ogle at every single building in awe.

Ok, so before I go all over the place, a quick layout of Lisbon? Alfama on one hill on the far side, the old gorgeous district, good for getting lost in the streets. The flat centre is baixa or the old town, which houses Rossio and pretty much the central square leading up to the river. Next to that is chiado and then barrio alto, both which are on the hill and have probably the best restaurants in Lisbon.

It’s extremely safe (but don’t leave your brains behind, mind your bag etc type basic sense). Public transport is a breeze and extremely reasonable. And then again so is Uber. (For public transport I recommend the €6.80 daily card that allows you use of the metro/tram/funicular/bus, bought at the information window at metro stations)

The old, rickety trams that have become synonymous with pictures of Lisbon as so cute! But sometimes totally not worth the wait. Point in case Tram 28. Unless you like being packed in like sardines with no breathing room, please take tram 15 to Belem instead, and you won’t regret it!

Belem is another part of Lisbon where you need to go. With the best custard tarts, or pasteis de nata, and home to the monument of the discoverers and the Jeronimos monastery, it’s a place you can just sit by the water and spend the afternoon.

Now for the most important part of the Lisbon bit, where we ate!!

Cafe Bernard for brekkie, a coffee/hot chocolate and people watching.

Anything by Jose Avillez! We ate at The Taberna by Avillez and Pateo.

Sea Me. Seafood and the best sardine sashimi. Trust me, just order it. (Btw summer in Portugal means the best sardines and don’t shy away, I’m picky about my fish and it was fabulous). Not to take away from their national fish, Cod, which is pretty darn awesome.

And don’t miss the Time Out market, no matter what anyone says. They house several top Portuguese chefs, have fantastic food, for everyone. The best ice cream from Santini. And eclairs to die for. Just go. 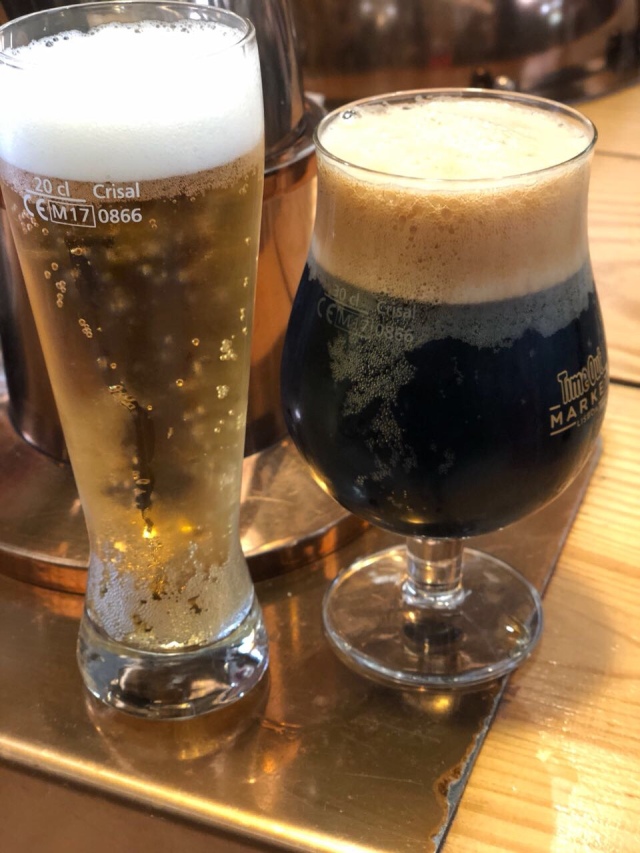 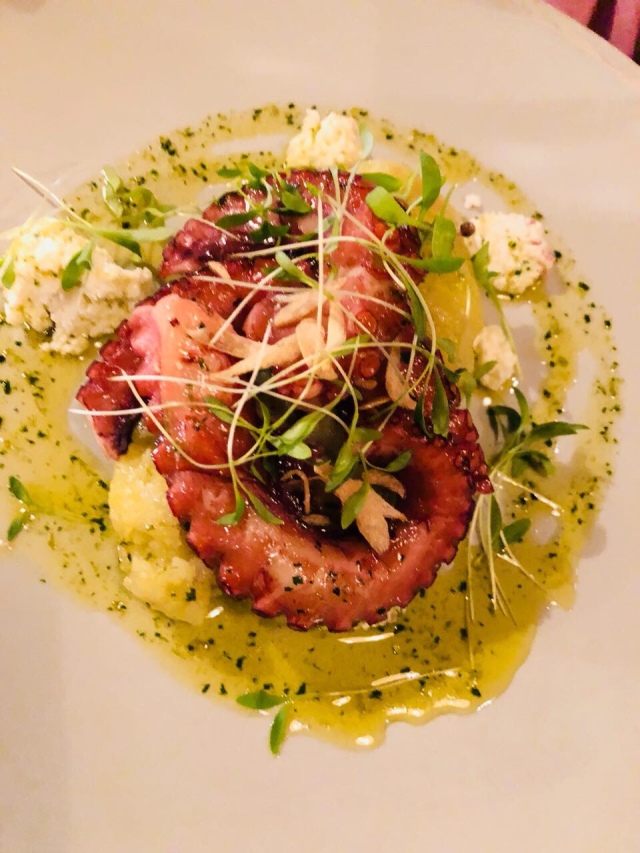 Petiscos or tapas are delicious in most places and if you indulge in wine, vinho verde or their green wine is super easy drinking. Actually most of the Portuguese wines, red, rose and white are great!

Ok, now that we know what to eat, what to see? Santa Justa elevator is so overrated. Instead walk by the river, don’t eat there, too touristy. Walk Rua Augusta and the side streets, marvel at the tiles. See Rossio train station, the clock tower, the castle and get lost a lot. You’ll know why I said you will fall in love.

A day trip (actually about 40 mins) away from Lisbon is Sintra. And it’s a fairy tale. I mean if a 10 year old were given colours and let their imaginations go wild, in the most breathtaking possible way. It’s perched high on a hill, and getting there from Lisbon is a breeze. €5 from Rossio, then the Scotturb bus upto the palace. Buy a ticket, additional transport upto the top incase you want and voila! Don’t bother eating in Sintra, but believe me you don’t want to skip this. 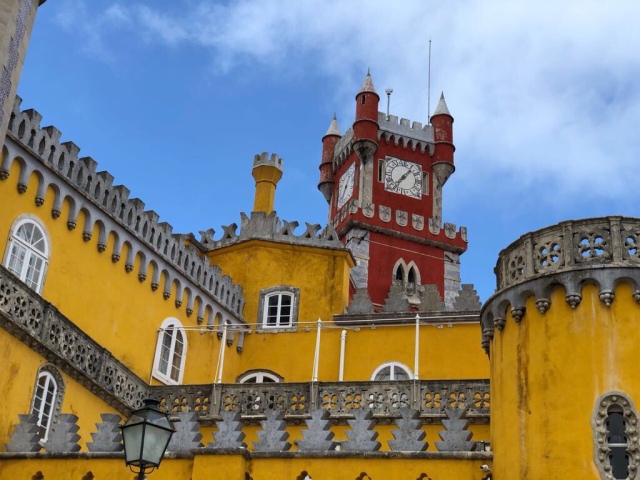 We also did Coimbra, which is another 2 odd hours from Lisbon by train, but it’s a very quiet university town (FYI, one of the oldest universities in the world). Not to say that it isn’t beautiful. But we used it as a wind down from the sensory overload that was Lisbon. But it can be a day trip, I wouldn’t recommend it as a stop. 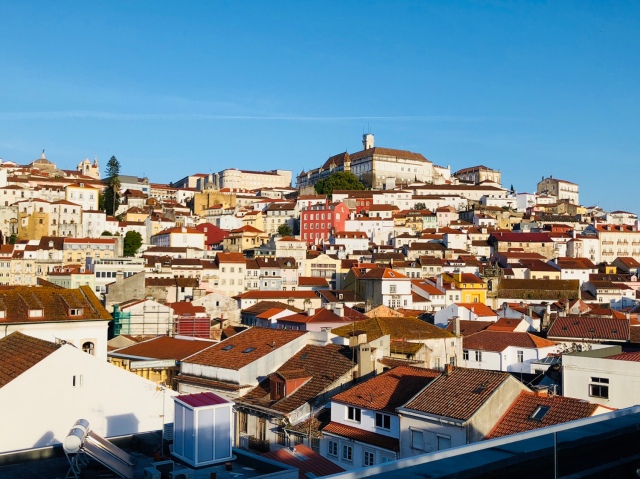 From Coimbra, we finally ended up in Porto.

It’s so much smaller than Lisbon, but it’s Portugal’s 2nd largest city. It has wide open streets, gorgeous old buildings and churches. The most massive main square has to be one of the prettiest I’ve ever seen. And their train station, Sao Bento, is adorned by the most spectacular tiles, just stand and stare please.

The city of 7 bridges is also (surprise) home to port wine. And it brings it’s A-game, with the most beautiful wineries perched on hills opposite the main town. And the view from the riverfront( ribeira) is stunning.

Again, please walk down the streets leading down to the riverfront, explore the lively, happy vibe. Music wafting through the streets, the inviting smell of pastries, and the seagulls reminding you that the water is close. Magic.

I’d say 2 nights in Porto is great, enough to explore the city, to enjoy their take on Portuguese cuisine, to sample their port and cruise lazily on the river.

Their heart clogging sandwich Franceshina is legendary. Majestic cafe is a treat for the eyes. Cantina 32 is probably the most fun meal we had. And they also have their own version of a time-out-esque market where the port cellars are. Which incidentally also houses Miss Pavlova, just taste her stuff.

I could talk about Portugal for probably another 2000 words and not do justice to where we went or what we ate or what we saw.

But when you come back from a country, and the best memory etched in your mind is how nice the people were, how friendly and happy they were, you know you’re going to go back.