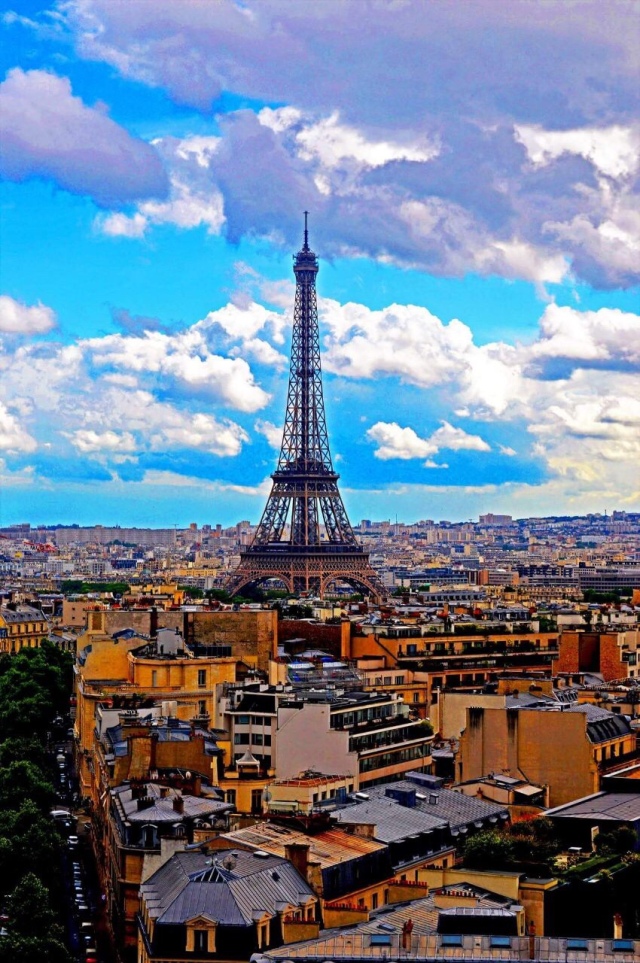 It’s sometimes hard to explain certain feelings and emotions in words. They don’t do justice, they don’t connect the dots, and frankly there’s no word for the breeze that smells like love.

That’s Paris in one word, love.

The city of love, luxurious food, fashionable people, beautiful art, fine wine…. if it had so many adjectives written for it, it had to be something special.

We had promised each other that we would visit the city of love together. Just the two of us. But ahem, the third wheel to our tricycle, called little A, wanted in of the action too! So off we were, and this was our last stop after Portugal. So frankly it had high standards to meet.

Right at the beginning let me dispel the most rampant rumour about the French. They are not rude. Parisians are like any typical big city folk, they honestly would rather be on their own way than answer where the Eiffel Tower is (you have google maps, hello!!). They are polite when spoken to, it never hurt to say bonjour or merci to anyone actually. They just want to be left alone, like New Yorkers, Londoners, Delhiites, Mumbaikars, you get the drift? If you expect someone to spend 15 mins carefully (and painfully) explaining in a foreign language something that you should’ve researched before you came, it’s unfair. Also, they seem to have changed their ways for the better from about 10 years ago, when they earned that bad rep.

So that out of the way, now that I have defended the Parisians, I hope you know the direction this blog is taking.

Four days in Paris was never going to be enough. Maybe a lifetime isn’t. But that’s what I got, so I was going to make the best of it.

We got a gorgeous and surprisingly roomy apartment in the 2nd arrondissement, and to the uninitiated, it means I was close to everything and yet in a beautiful residential neighbourhood. And steps from the apartment was the metro (everything is close to the metro btw) and one of the liveliest streets filled with dozens of fantastic restaurants. (And before you roll your eyes at my perpetually amazing picks of air bnbs, please re-read my article on my planning prowess)

What to see? Everything!

But since no one has the time for everything, we shortlisted what we absolutely had to do. And got skip the line passes off viator, and don’t undermine this bit, I skipped a 700 strong line at the Louvre and a similar one at the Eiffel Tower.

So what we did cover:

The Eiffel Tower: Iconic, yet strangely ugly, it’s synonymous with Paris, and provides a wonderful birds eye layout of the city. Get a good guide, and some history is thrown in, like did you know that the tower was initially red?? Yuck!! And don’t bother with the summit, overrated. (We used a pre-bought skip the line for this and the Louvre) 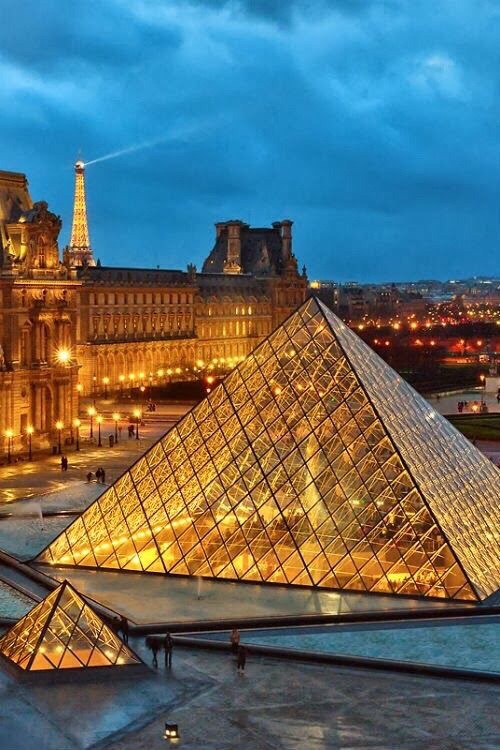 The Louvre: Everyone will tell you that you need a day or a week at the Louvre. Just give it whatever time you have, but don’t skip it! The art is stunning, the sculptures were our favourites.

Notre Dame: Stunning outside and the inside doesn’t disappoint either! Don’t get intimidated by the long line snaking outside, it’s quick. 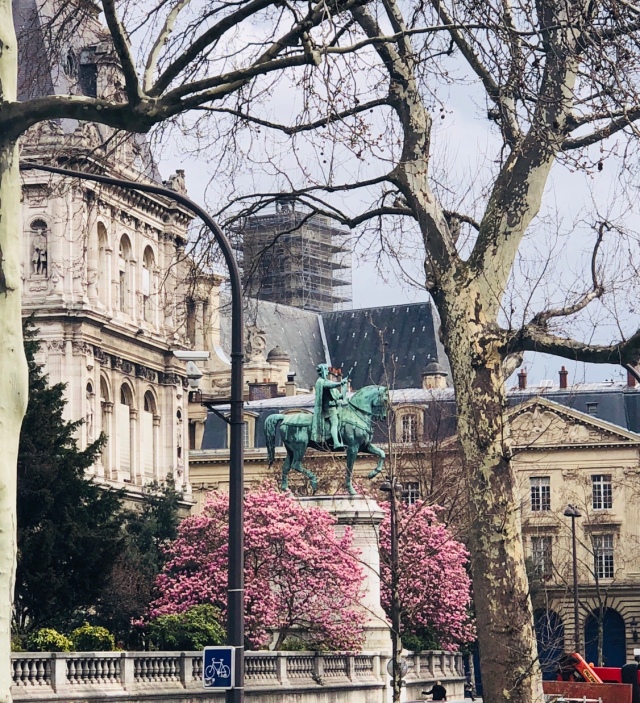 The Seine: Murky, just like the dark underbelly of Paris. But the most iconic structures lie along the river, so it makes for a great walk. 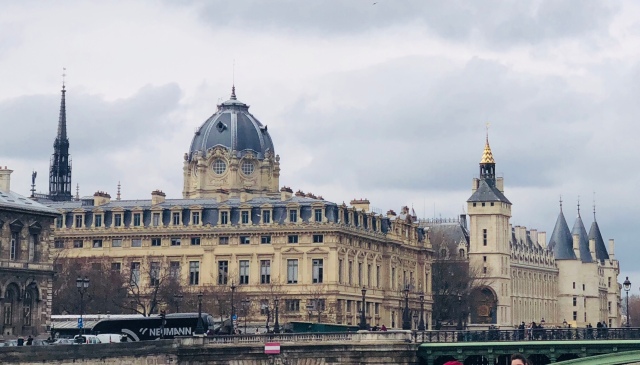 Le Marais: The one neighbourhood that deserves special mention. Boutiques, patisseries, restaurants and beautiful people. This is the place I’d live in Paris. 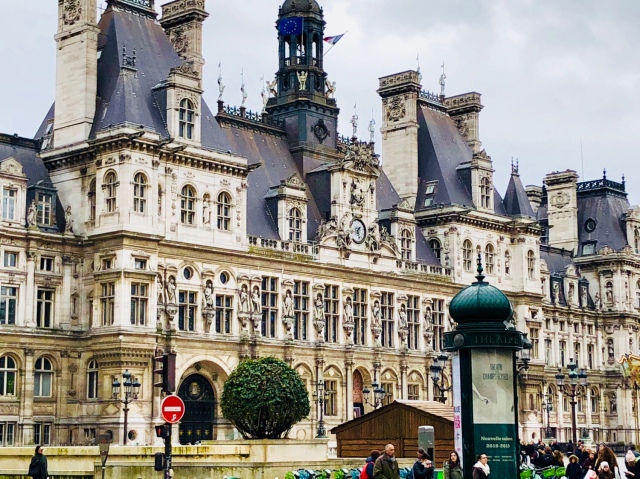 What was on our list but we couldn’t manage it was Montmartre.

And Ofcourse, where we ate!!

Near the Eiffel Tower, a bit of a walk, is Rue Petit Cler which houses amazing restaurants, specifically Le Petit Cler.

We ate crepes near the Louvre at Eggs, Milk & Flour.

Duck and Foie Gras at Le Comptoir de la Gastronomie. And I didn’t know either could be so darn delicious!

Breakfast? Frenchie-to-go and their granola and eggs benedict, heaven!!!

And one of the most fun meals we had was at the uber chic Miss Ko. Fabulous food, cocktails and what a cool ambience!!

Night out? Got you covered! Put on your dinner jacket and head to Hotel Costes.

You can pretty much land up at most brasseries and expect good food.

For boulangeries, I highly recommend Eric Kayser. See a random one with along line? You’ve got a winner, get in line and grab a baguette.

The iconic Angelina for hot chocolate.

And don’t miss out on the eclairs at le eclair de genie (2 locations), I mean the guy has it down to a fine art.

There’s also artisanal cheese, olive oil, truffles and all that wine to be had, why did I even come back!!

Oh, and you can shop with the swish set at Rue Saint Honore, swish about at Galleries Lafayette and roam the quaint shops in Le Marais, your Euros will never be enough.

The city exudes beauty in everything it does. And you carry a little bit of it back with you.

Paris, mon amour, a lifetime isn’t enough for you!